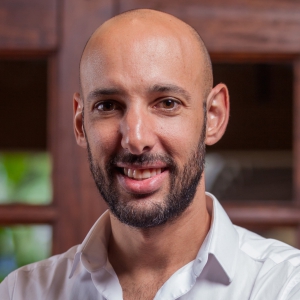 Franck was born traditional and grew up digital.
Traditional as starting in OOH with JCDecaux back in the UK and in France between 2005 and 2007. He then took a new Sales and Business Development role in Bangkok, with JCDecaux Thailand between 2008 and 2011.

After Traditional… Digital!
Digital as Franck’s following experience at Havas, as APAC Director – Adcity from 2015 to 2021: he advocated the digital transformation in location marketing and outdoor media ecosystem – towards both advertisers and publishers across Asia-Pacific.

Franck has joined Vistar Media as Director, Southeast Asia Sales & Partnerships, in November 2021. Franck is actively contributing to the programmatic adoption in the region. With Vistar Media technology, Franck is confident to align Southeast Asia OOH industry with Online and Digital practices.